Find out how to hang a TV over a fireplace and hide the cords! 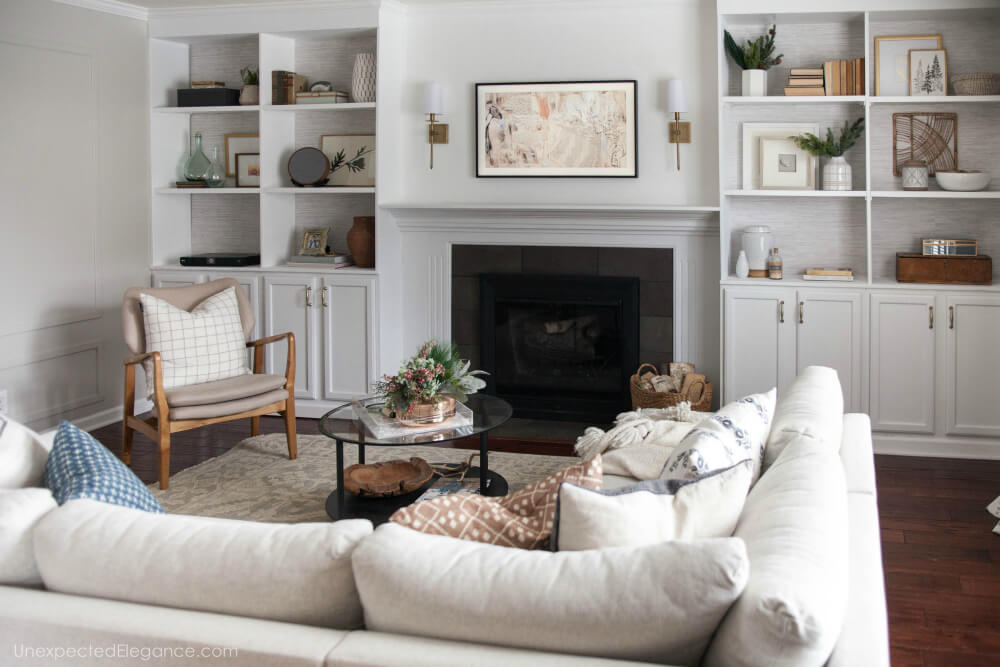 It all started with a TV… The television has been a thorn in my side since the moment we moved into our house!  I’ve tried 3 different walls in our living room, but nothing ever felt right.

I really didn’t want to put it over the fireplace because I love being able to change up the mantel and wanted to have artwork.  So I was SUPER excited when I found out there was a TV that could serve both purposes: form and function!!

Last year Samsung released The Frame TV and I knew it would be perfect for our living room.  It looks like artwork when you aren’t watching TV! (This isn’t sponsored, but I wanted to share this cool technology with you!) 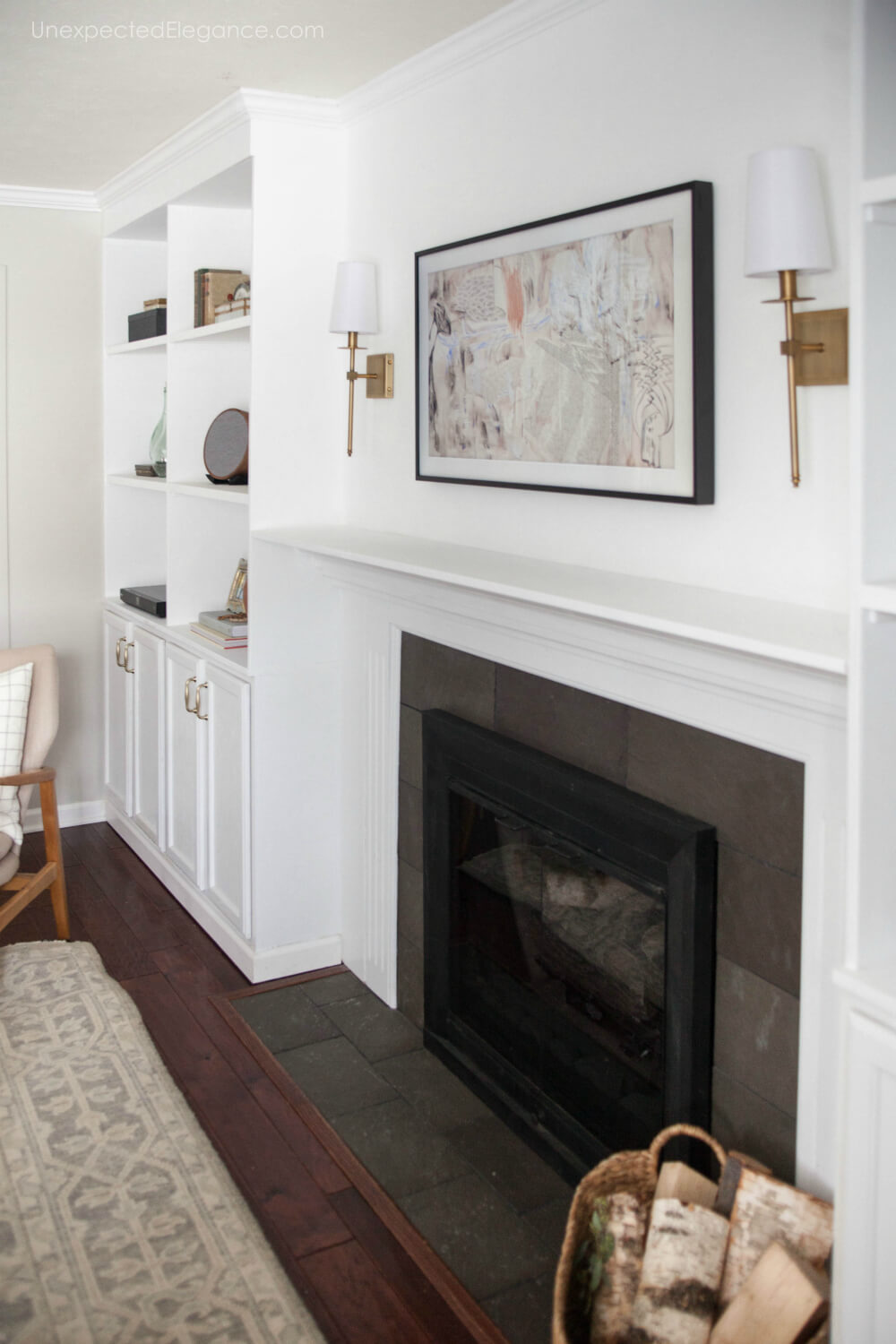 Some of the features that I love are:

Here’s where the television was before I moved it over the fireplace. (You can see the evolution of the built-ins here.) 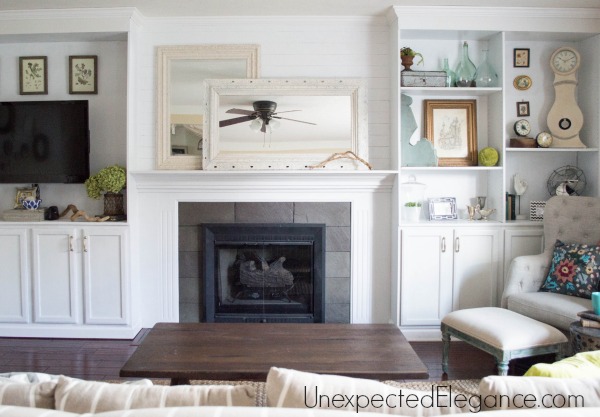 The only problem with hanging the TV over the mantel was the cord situation.  I’m a freak when it comes to seeing cords-I HATE them.  (You can see how I hid them in my master bedroom here.)

Since I was putting the TV over the fireplace, I didn’t want to mess with the wall…I wasn’t sure what I would find.  So decided to create a facade.

How to mount tv over fireplace and hide wires:

To start, I had to remove the tongue and groove, but you will probably just have drywall.  If you have brick this technique will still work but you will it will take a little more effort.  Here’s a tutorial for screwing into brick: HERE. 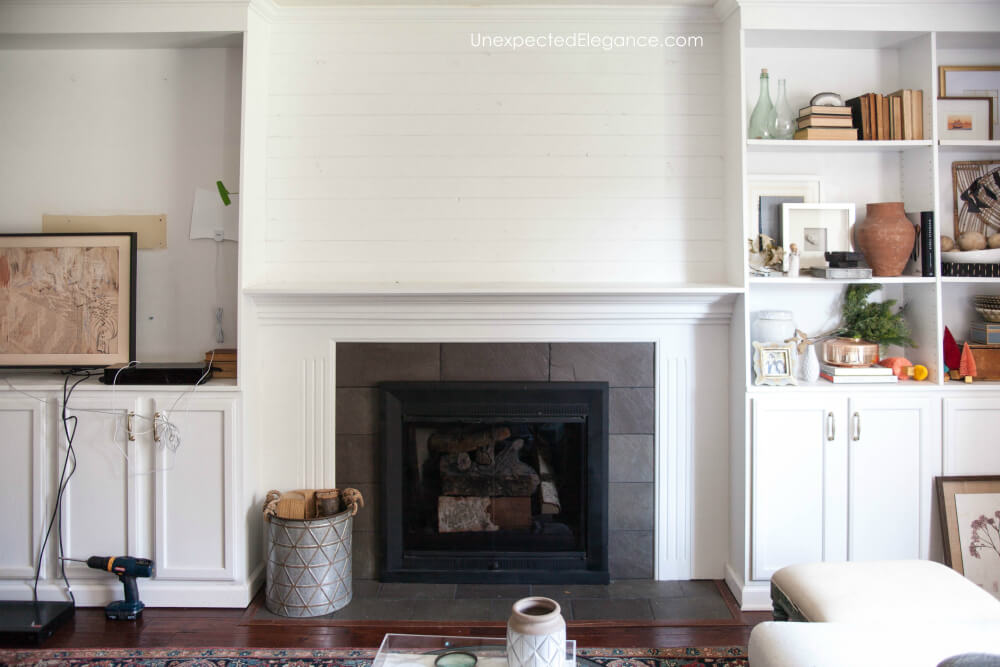 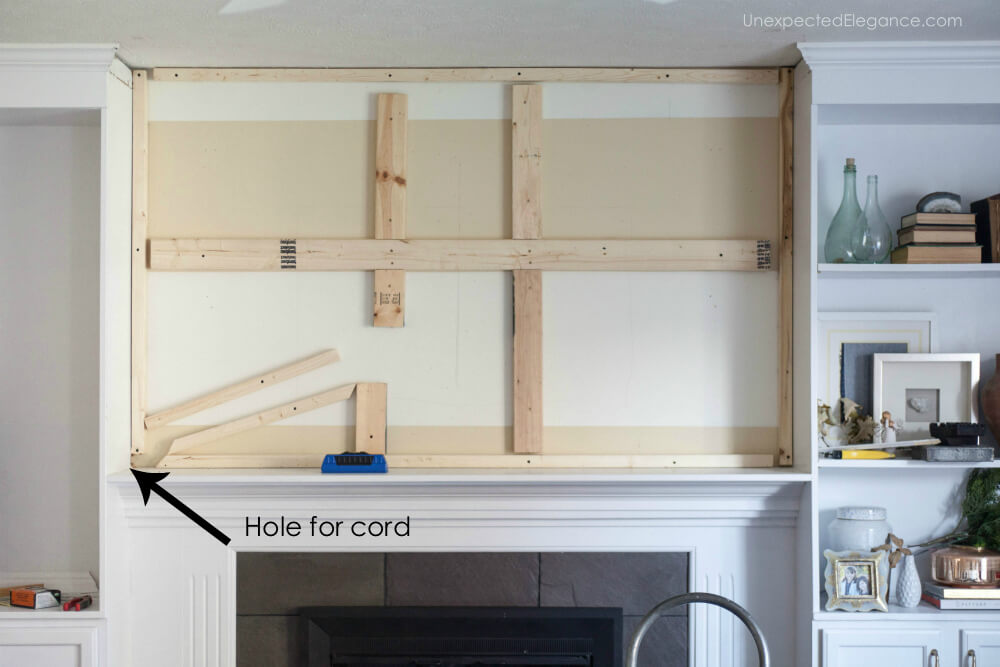 If you don’t have built-ins beside your TV, just leave a small opening for the cord when you are attaching the 2×2’s. 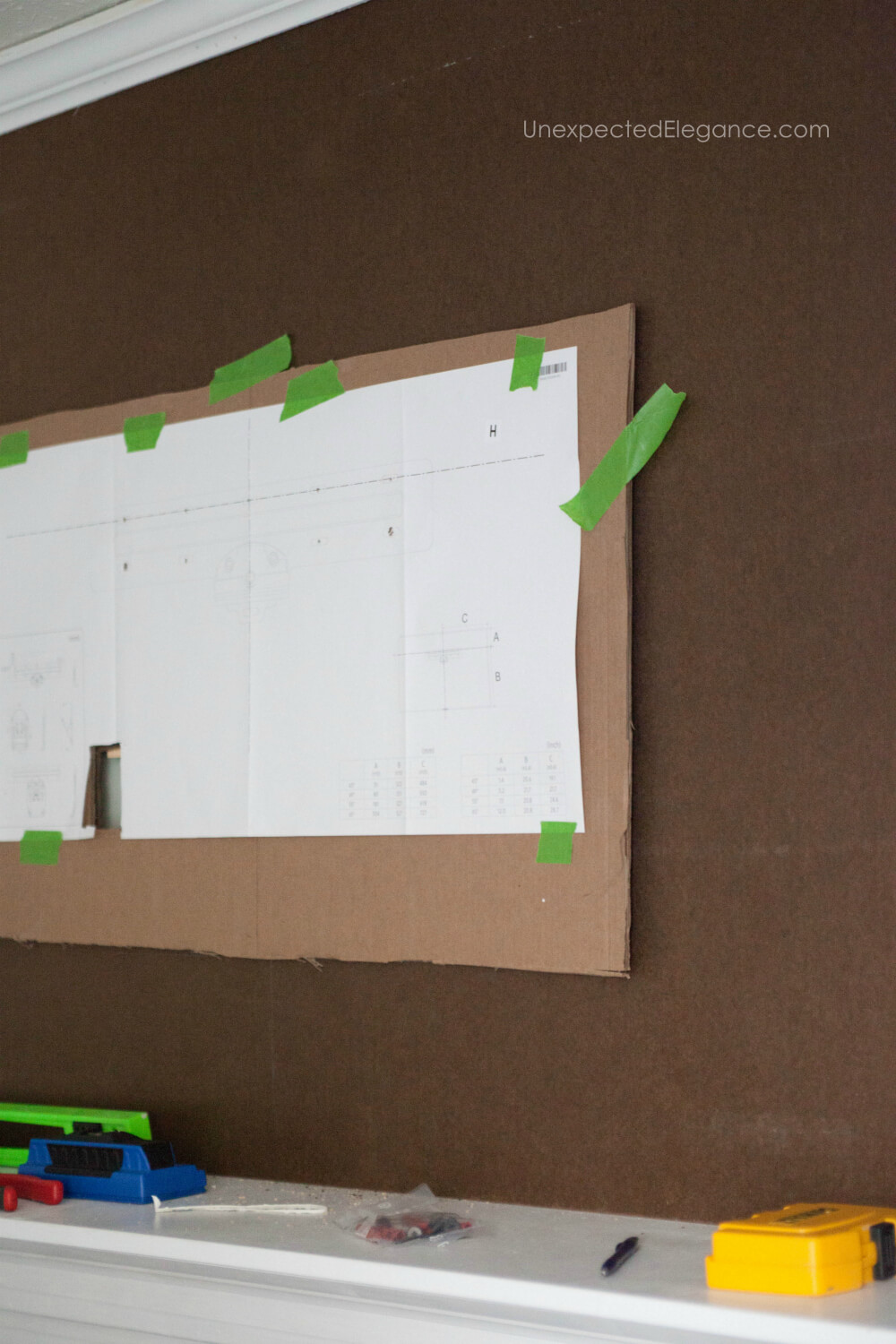 You can see in the next photo, how it looked with the bracket and cut out for the wires. 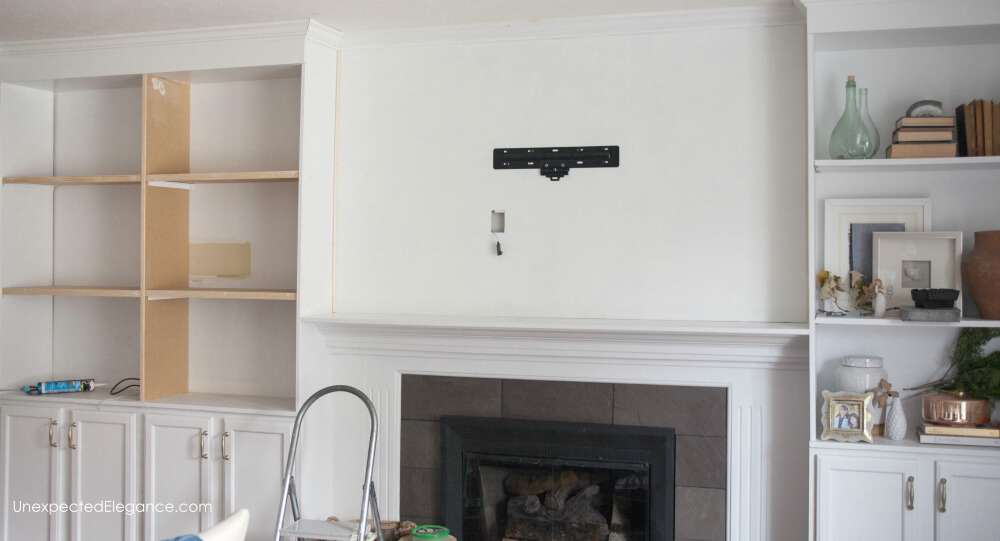 I created shelving to match the opposite side using MDF that I also had cut at the hardware store. 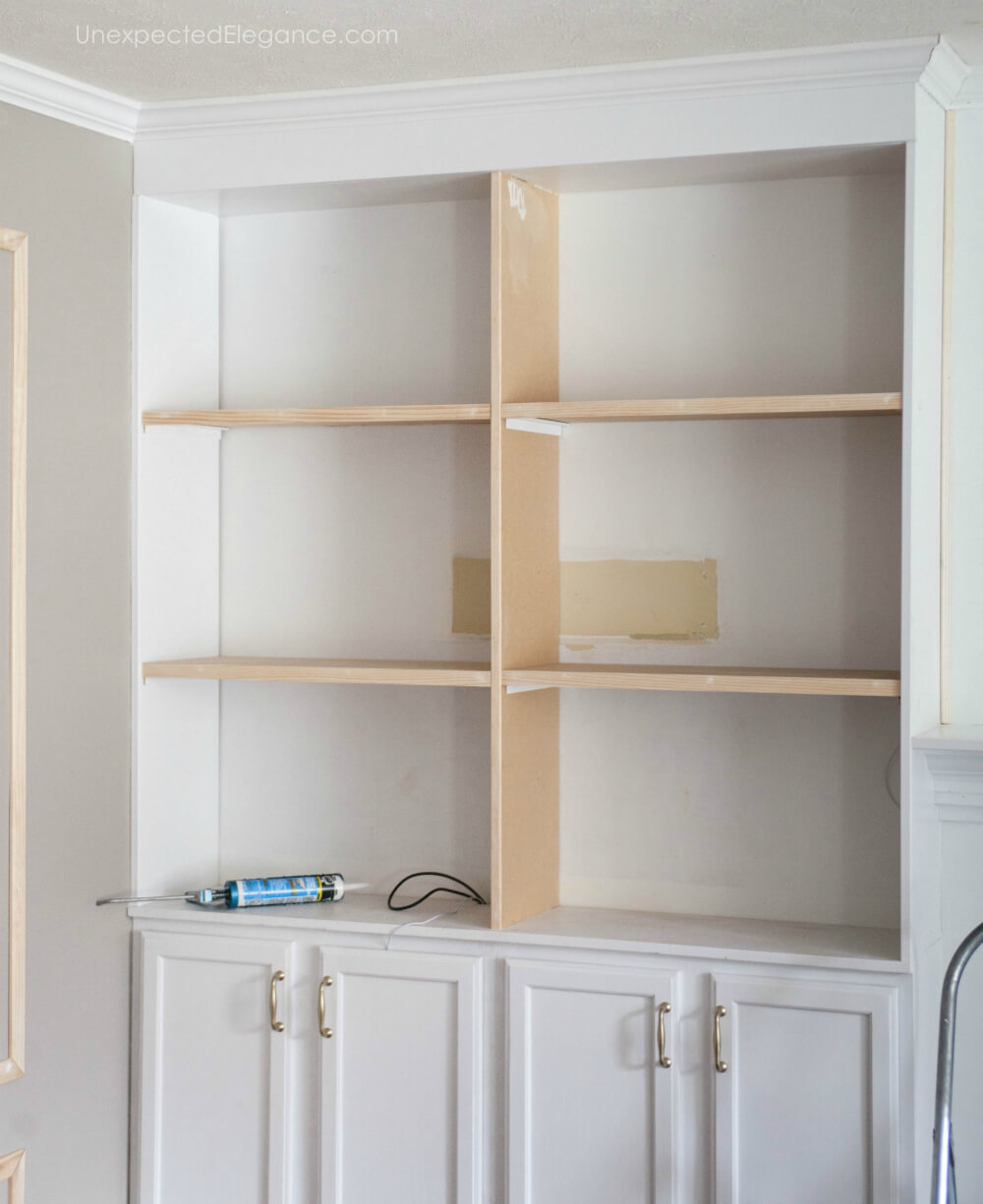 You can see in the next picture where the holes are for the cable. 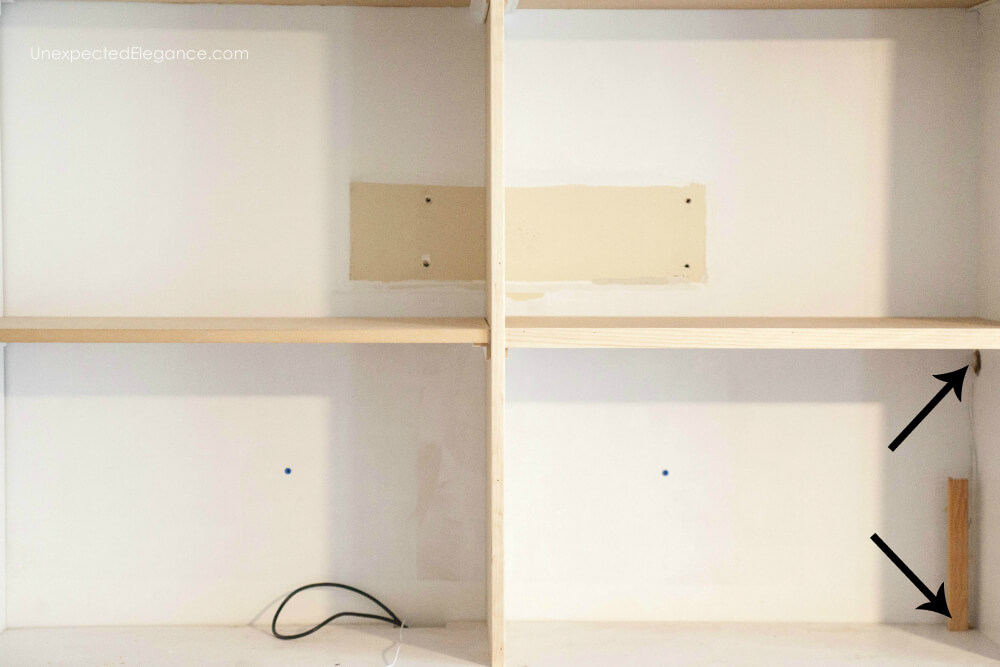 A lot of caulk and paint finished it off!  Then I was able to hang the TV on the provided bracket with no cords showing!

I also added two sconces that I used this lighting trick: HERE. 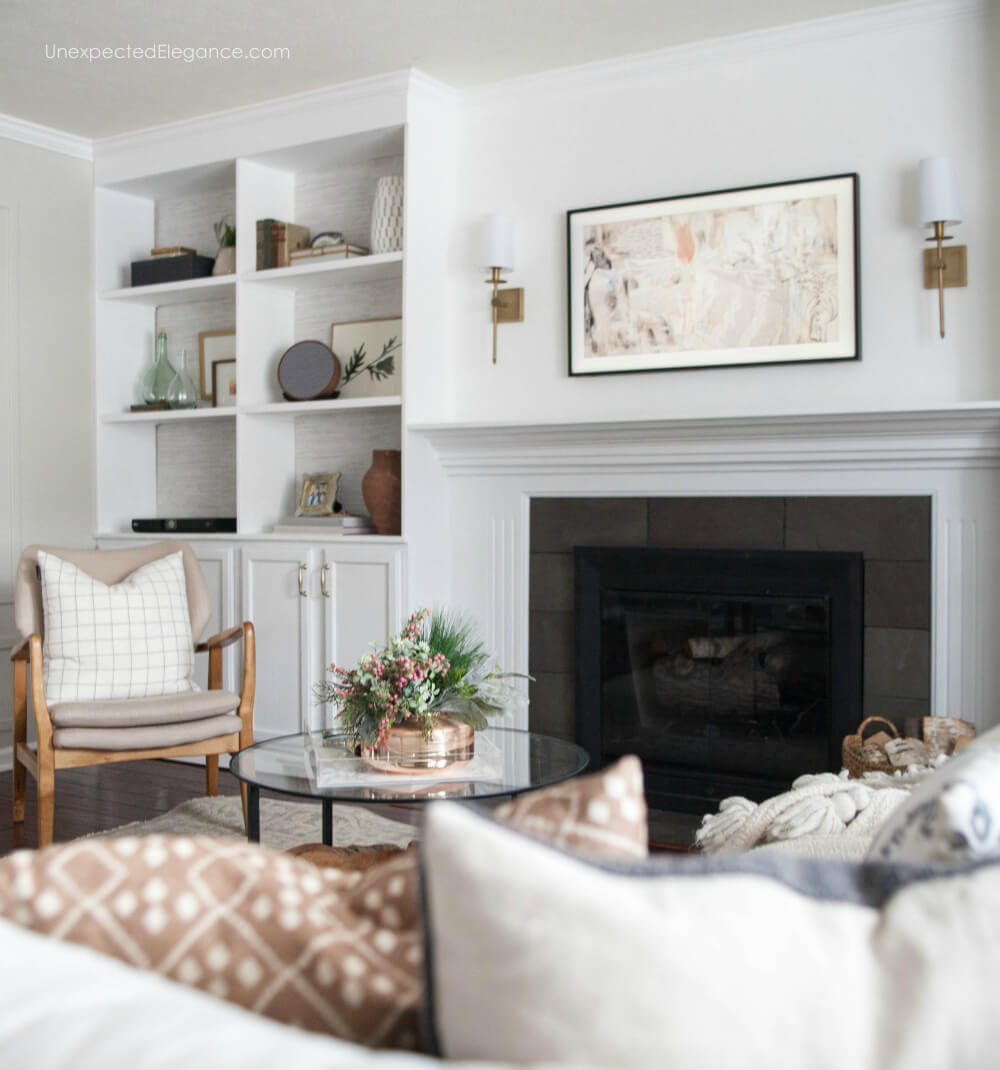 Stay tuned for all the other updates that happened in this room!! 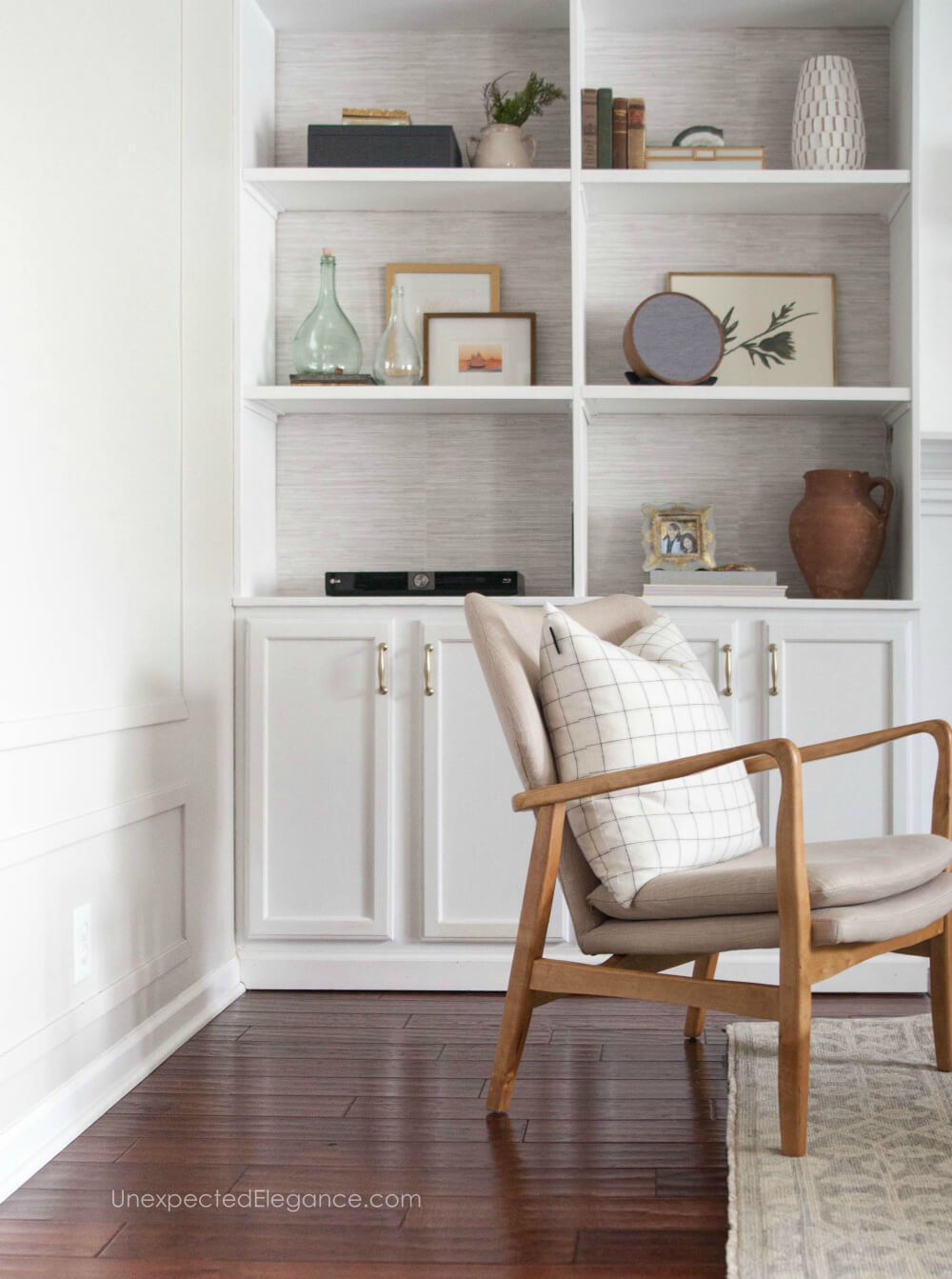 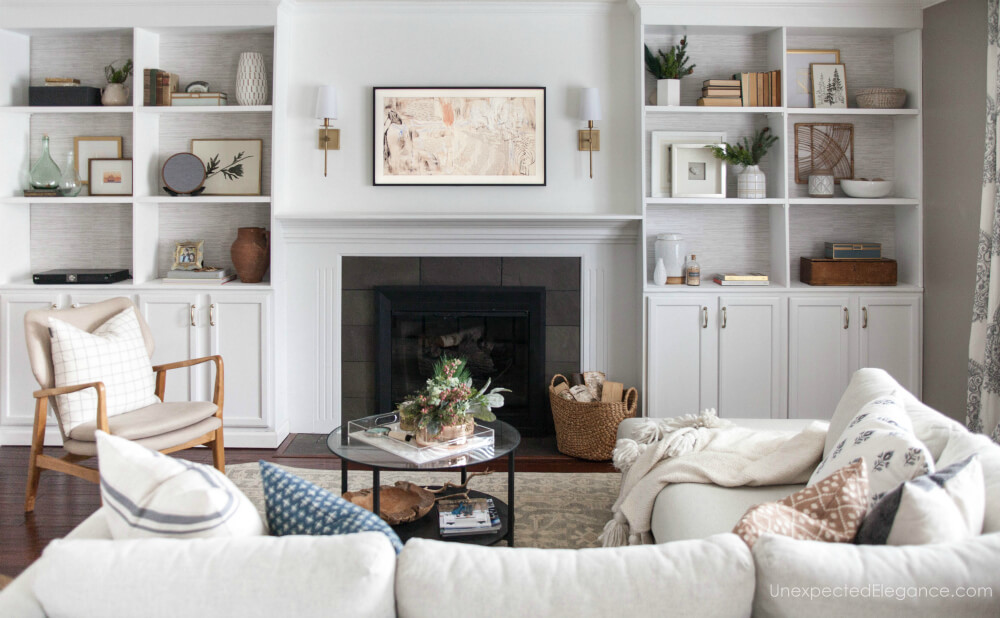 Check out the different artwork! You can change it out in seconds. 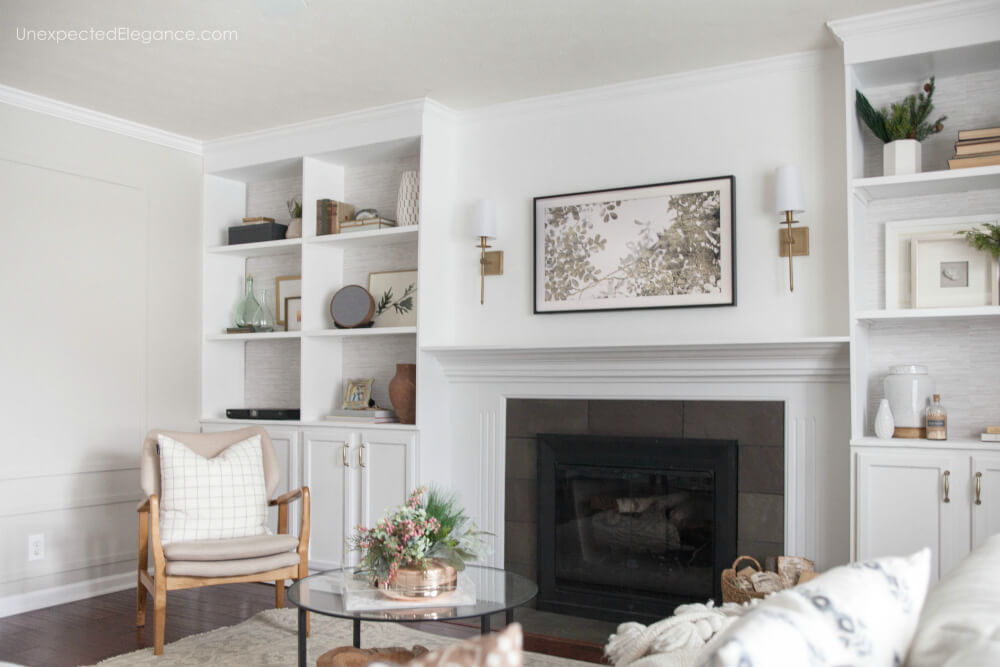