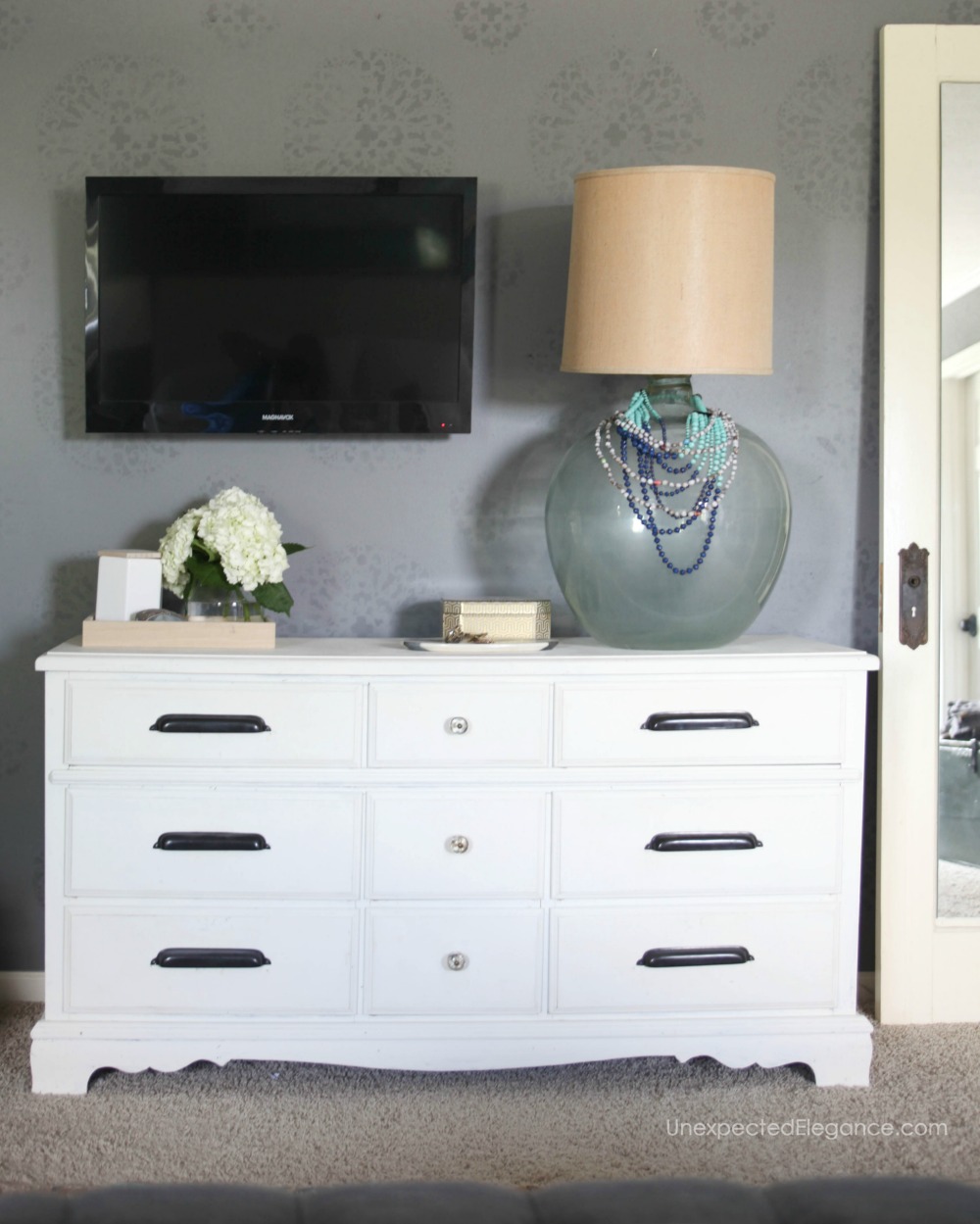 I’m one of those people who can’t stand to see cords…It’s a little bit of an obsession.  I don’t even like seeing all the boxes (cable and Blueray player) setting on top of the console.  {I know, I’m weird…or am I!?!}  I bet I’m not alone and that there are many of you out there who can’t stand the chaos of the tangled cords, either!

I have conquered the “distractions” in my master bedroom and I thought I would share with you how I accomplished it. 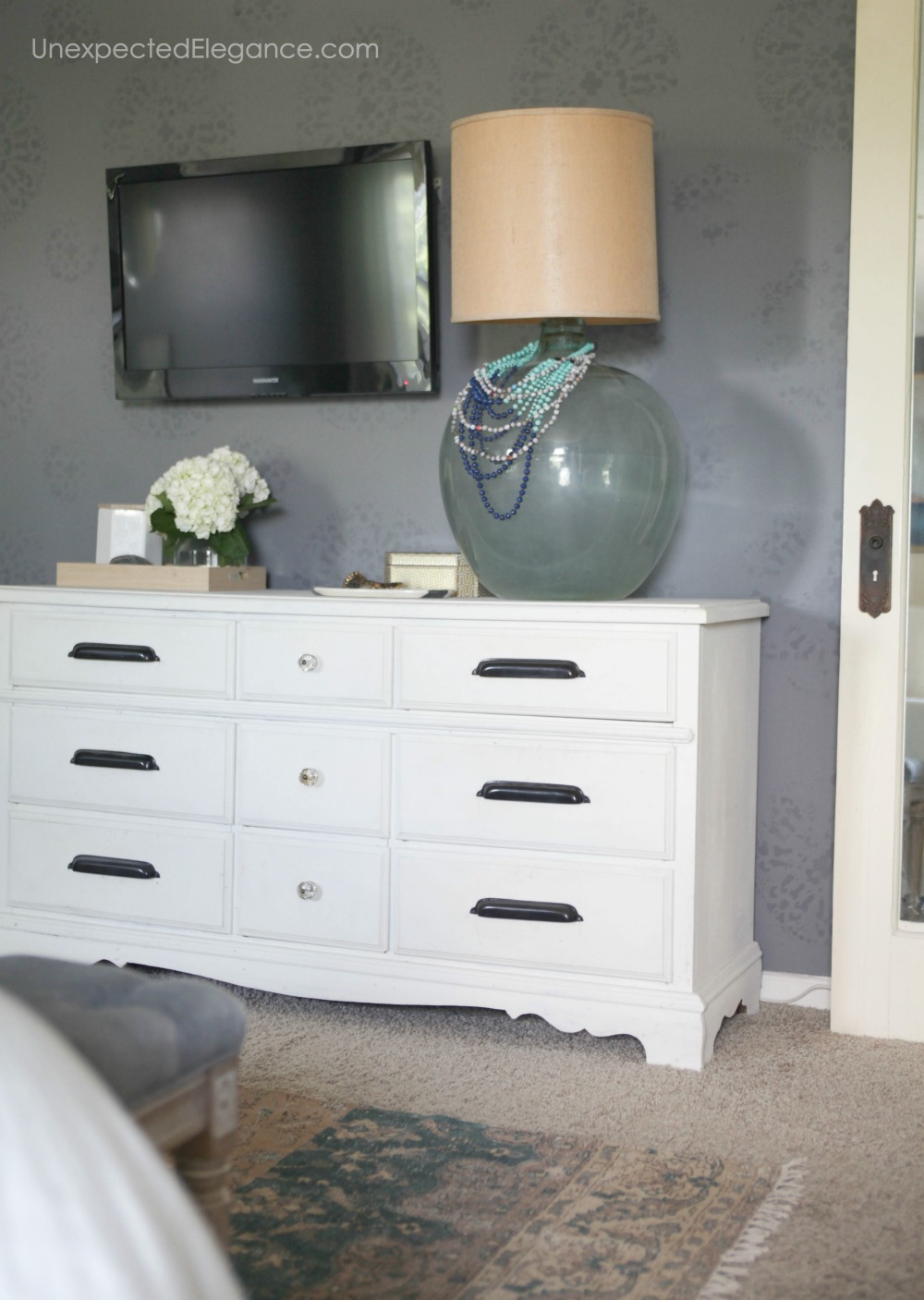 I started by hanging the bracket.  I found the studs and decided where I wanted the TV to be positioned on the wall.  The mounting bracket I used was from Ikea, but it doesn’t look like they carry it any longer.  For this project to work you will need one that gives you some space behind the television.  Something like this would work well:  VonHaus Ultra Slim Cantilever Swivel & Tilt Wall Mount TV Bracket

Once the bracket is up, use an outlet system like this Recessed Pro-Power Kit to add an outlet behind the television.

(It’s VERY important that you make the holes in between the studs and not on a stud!)  Using a keyhole saw, I made the opening just big enough for the box. 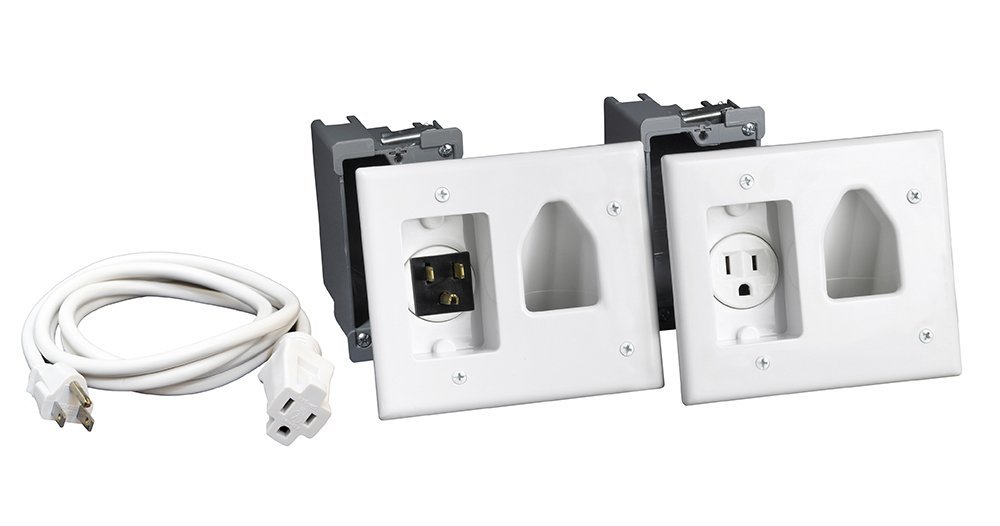 Next, I fished the cords through the wall.  This is only good for interior walls with NO insulation.

Lastly, after attaching all the cables back to the t.v., I used the Command Picture Hanging Strips

to attach the receiver to the wall behind the television and tidied up the cord. 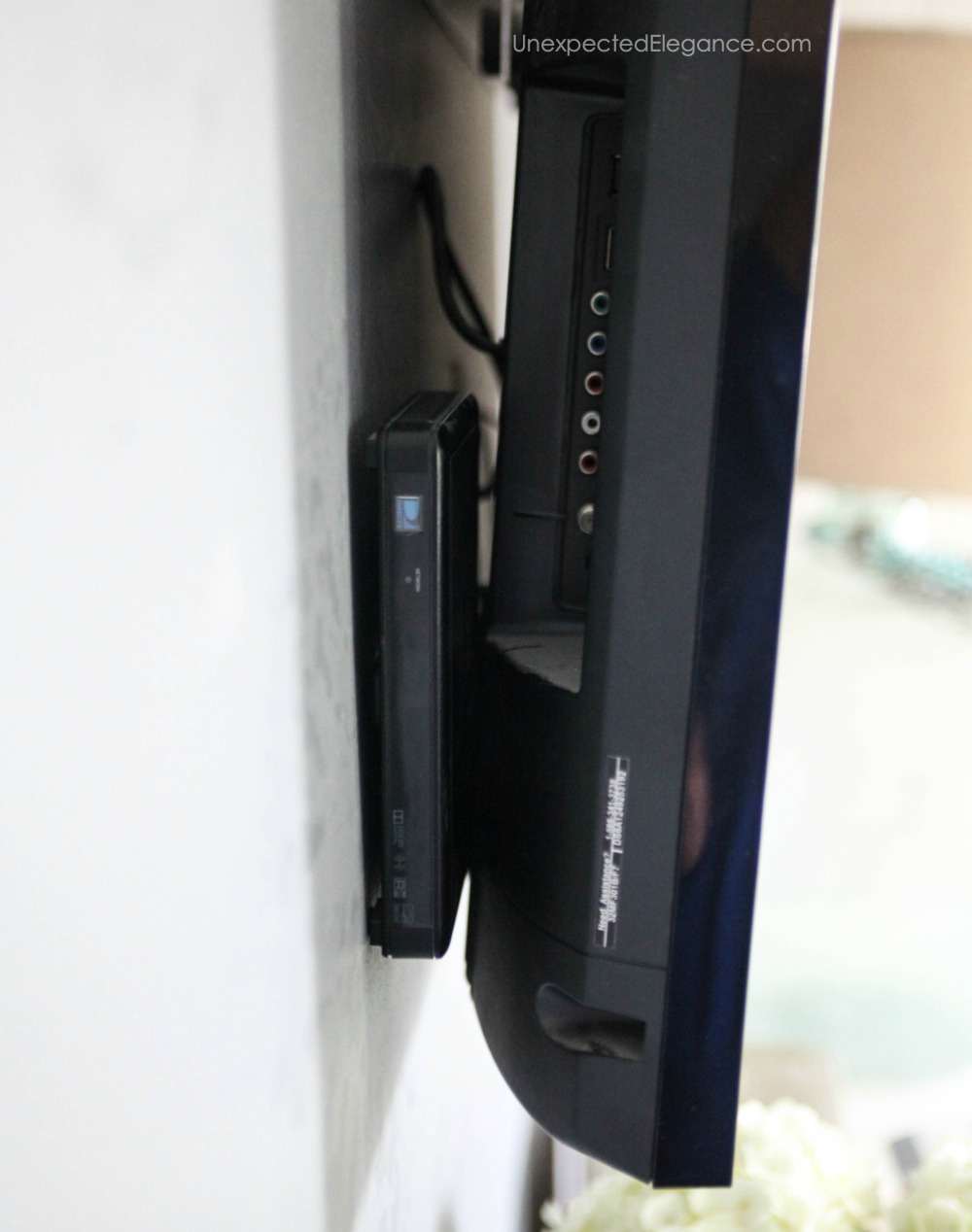 We have a wireless receiver that works GREAT behind the t.v.  We’ve changed providers throughout the years and all of the boxes have had good signal. 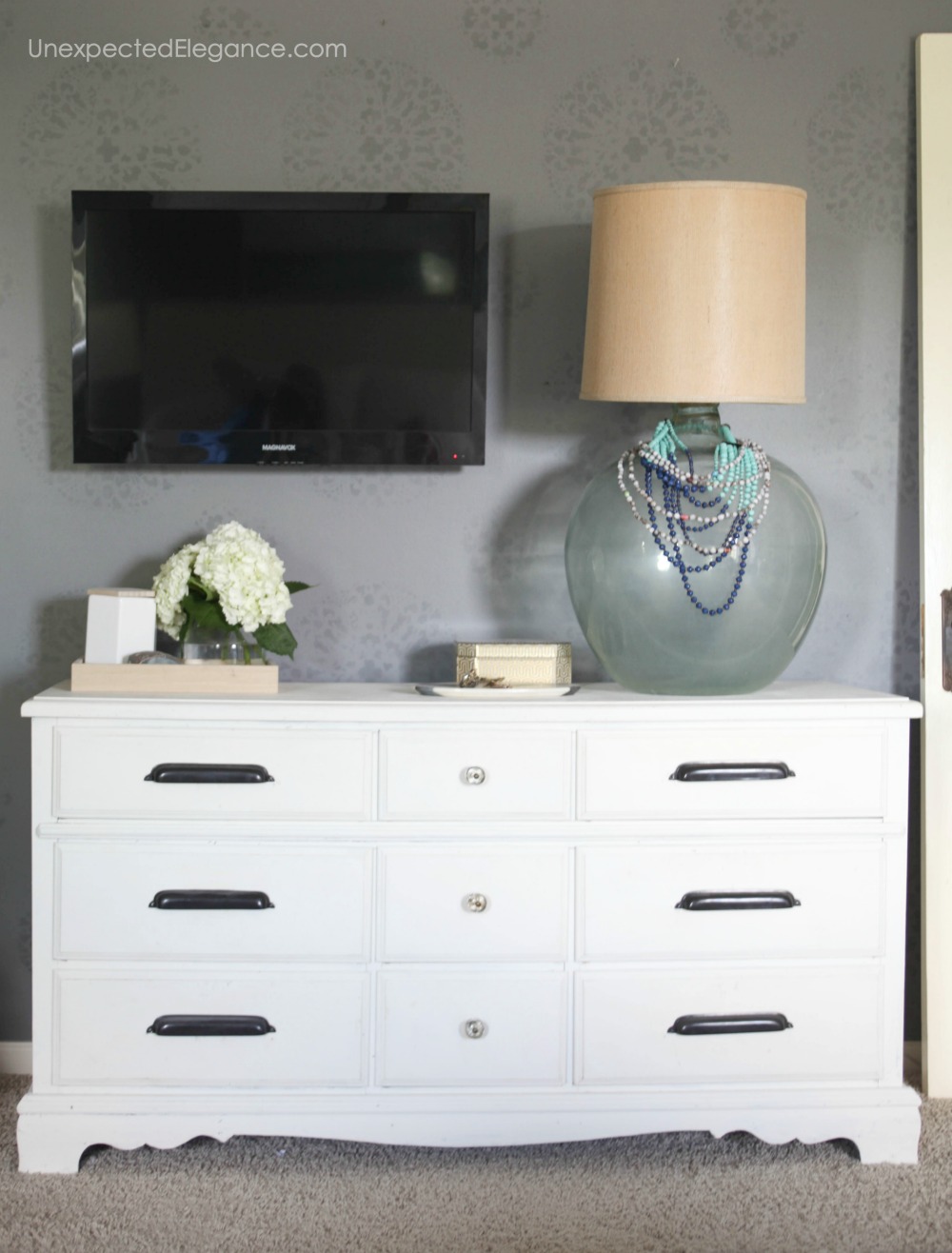 Disclaimer:  This method worked for me, but use your own judgement when doing any project or call a professional!