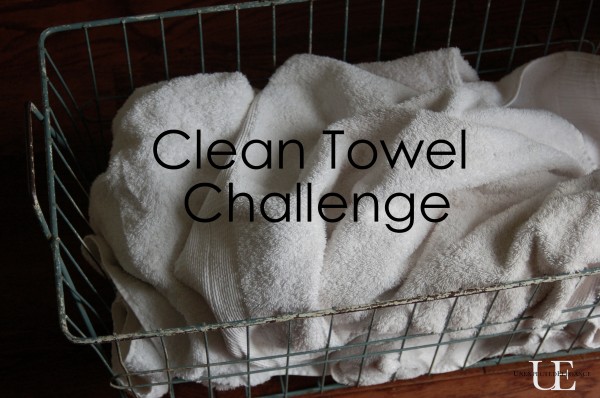 Today’s challenge dealt with smelly towels.Â  I accidentally forgot about a load of towels in the wash a little too long, one day.Â  I had tried re-washing them a few times, but they still had that FUNK smell.Â  (You know the one, right?)

I thought I might just have to throw them away, but “OH NO” Pinterst to the rescue!Â  Alright, it I might have over dramatized it, just a tad. 😉

But truthfully, this pin is a good one!!!Â  I found it here, but apparently it is common wikiHow knowledge.

Here’s all you need: 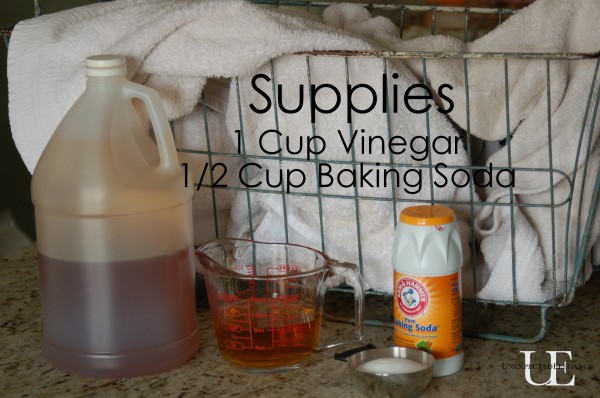 Just run it through the washer on the hottest setting with a cup of vinegar.Â  Then do it again with a half a cup of baking soda.

Worked GREAT and saved my towels! 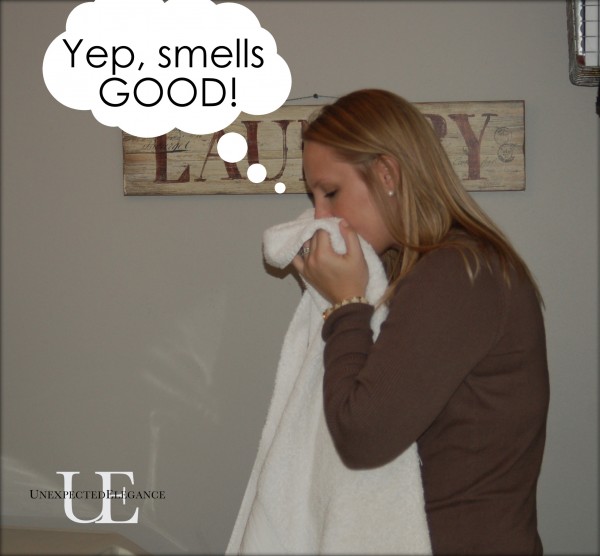 (Yes, I watermarked this picture, because I KNOW you will all want it!Â  That or I just got carried away?)
Difficulty:Â  NOTÂ  (if you can wash your clothes, you can do this)

See back here tomorrow with something for my girls…