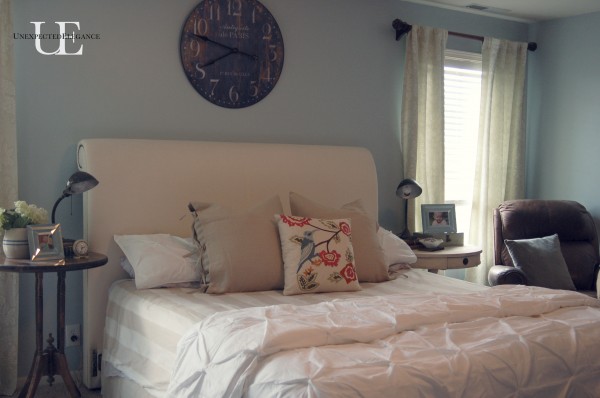 So I’m finally fed up enough to do something about it!Â  I bought the bedding in the below picture when we moved in over three years ago on clearance at Target.Â  There’s nothing “wrong” with it, it’s just blahh.Â  That and I’m ready to warm up the space, blue is a cool color so I’m going with the Tan Family.Â  😉

{WOW!Â  It looks even worse in pictures…check out the wrinkles!} 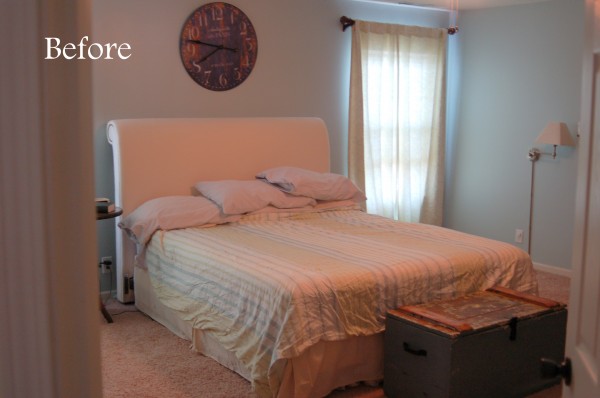 I bought the white duvet cover about 4 months ago and have just been holding onto it, until I found something to go with it.Â  So when we went to Ikea a few weekends ago and I found the striped duvet I knew I could FINALLY get the ball rolling. 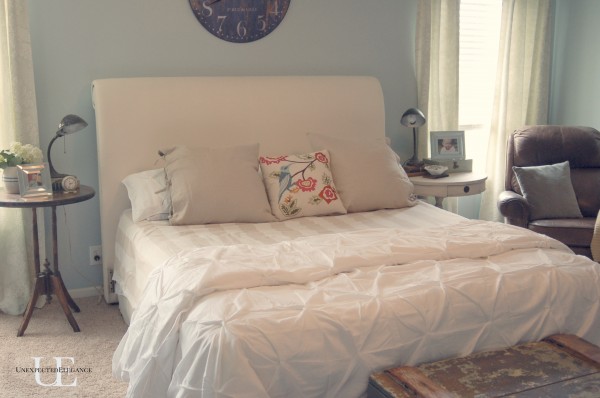 And you know once you get started, it’s hard not to drop everything else and start tweeking the whole room. {At least that’s the case with me…}Â  The side tables are a whole other story, more on that later.Â  The lamps I had in my pile for Horton’s, but now they are staying. 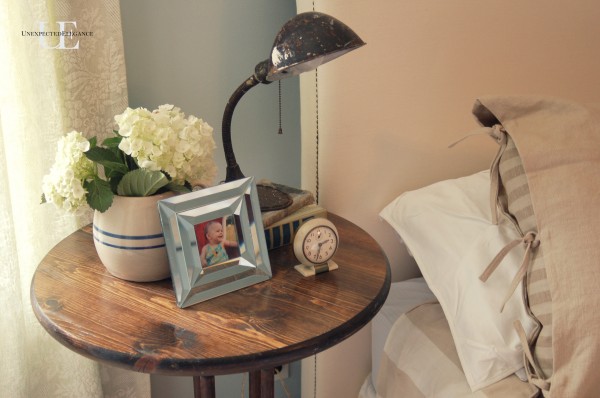 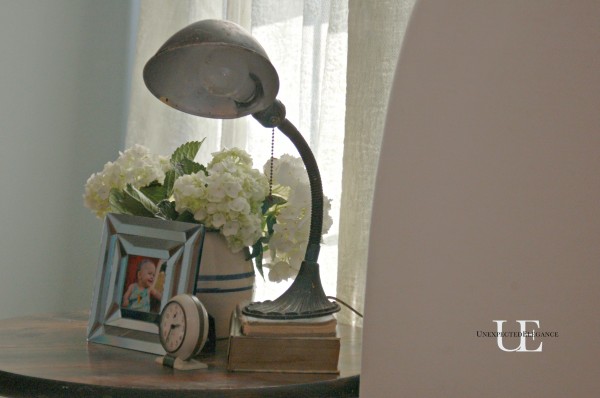 Â The trunk was other item that I had originally bought to sell.Â Â  I brought it to my Open House a few years ago and when it didn’t sell, I found a place for it at the end of my bed.

To clean it up, I scrubbed it with soap and the water hose.Â  Then I put a few coats of spray sealer.Â  I love the top…it’s really hard to replicate something that has taken years to get beat up!!! 🙂 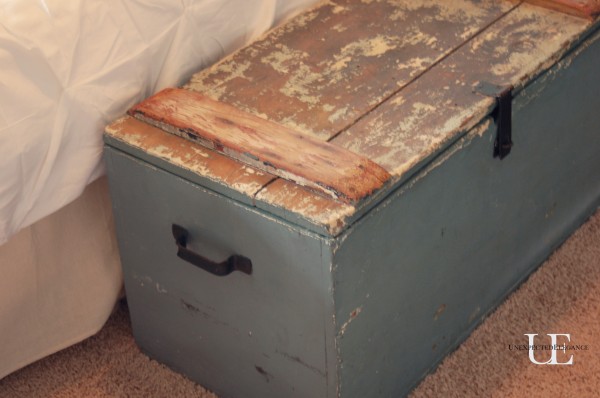 These euro shams, came with the contrasting fabric…ingenious. 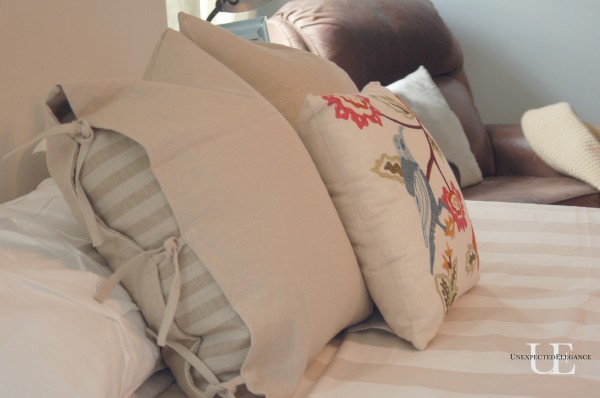 And one big splash of color…that can be changed on a whim. 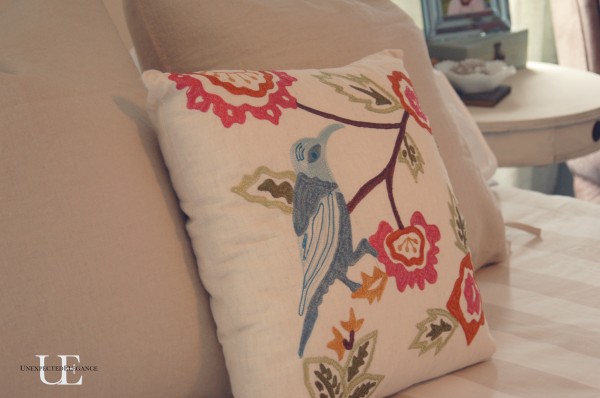 Here’s where I got everything:

side tables and accessories-flea markets and auctions

Does anyone else neglect their bedroom?